It’s finally time…our 35 Famous Speeches in 35 Famous Places series starts tomorrow! But why did we choose this particular project, for this particular year? And what does it look like to manage such an ambitious series? SF Shakes’ Artistic Director, Rebecca Ennals, fills you in. 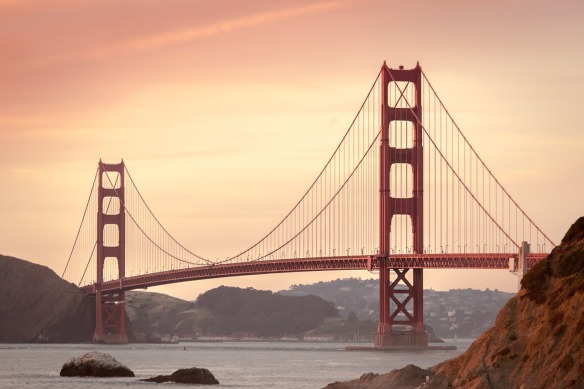 1)   What can audiences expect to see in these performances?

I hope that first, they’ll recognize some familiar words – words like “Friends, Romans, Countrymen,” or “To be or not to be” – and that will make them turn around and look for the actors. Then they’ll see and hear actors activating a space with language appropriate to the venue. For example, we wanted to kick off the series with Hamlet’s first soliloquy, and we wanted it to be somewhere iconic and spectacular, so we decided to do it with the Golden Gate Bridge as a backdrop. Among its many themes, Hamlet deals with the sensitive and tragic topic of suicide. When we started to think about that further, we realized that the particular soliloquy we’ve chosen for this location finds Hamlet at his most suicidal, and the Golden Gate Bridge is not just a symbol of opportunity but a place where many have chosen to end their lives. Hamlet is at a critical place in this speech, a bridge between his life as an innocent college student who understood his place in the world and a young man who has to make a choice about pursuing revenge. We’re interested in those symbolisms and how they play against the text differently than they would on a traditional theatre set.

As with any outdoor, free, live performance, we’ll be at the mercy of the weather and the passersby – the kids who may interact with the performers, the dogs being walked, the occasional person who wants to talk back. We love how these elements can change and challenge the performance of the text, and we feel that’s very Shakespearean – his actors didn’t perform in a quiet, perfect, sanitized space. 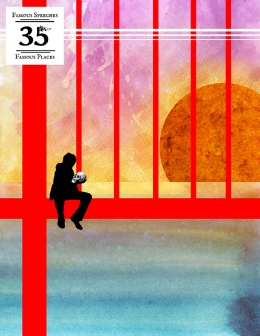 These performances are brief, transient little moments – but we find they have a second life in the digital world. For the first time on Saturday, we’ll be streaming our Hamlet speech with Facebook Live– that will bring a whole new dimension to the audience engagement.

2)   Why did SF Shakes choose this project as a way to celebrate its 35th Anniversary?

We really loved performing our 30 Days of Free Shakespeare in the Parklet five years ago. It reminded us why we love to perform live, outdoors, and in non-traditional venues, and how the audience is an incredibly important part of the performance – they’re really our scene partners. I also learned from that series how to identify a good SF Shakes actor: not someone who will just barrel ahead and ignore everything around them, but who will listen and react and shift to fit the moment.

So we wanted to do that again, but we wanted to do it on a scale that wasn’t as exhausting. It was my entire life for two months in 2012, and I wasn’t the Artistic Director yet, so now I have a whole team and we’re spreading it out over 7 months. Becky Kemper Goodheart and B. Chico Purdiman play Beatrice and Benedick during a 2012 Free Shakespeare in the Parklet performance.

3)      How will this series differ from past Free Shakespeare in the Parklet performances, and how will it be similar?

We will try to keep a similar spirit, but this time we’re getting a lot more permission! Last time we pretty much apologized to locations afterwards rather than asking permission in advance, and that backfired occasionally. We’re also expanding beyond traditional “actor speaks the speech” interpretations and bringing in dance, movement, and visual art… we’re also going to try to do about 25% of the speeches in two languages, which is ambitious but the diversity of our acting company makes it possible.

We’re also going to find more opportunities for the audience to participate. On Thursday, Feb 16, after our kick-off event at the Presidio, we’ll invite the audience to do a community reading with us of a great speech in Sir Thomas More about immigration. It’s not as famous as it should be, but you may have seen Sir Ian McKellan’s performance on YouTube. It’s so timely, related to everything going on with the Executive Order banning immigrants and refugees, and it seems fitting to speak those words on the grounds of the Presidio, where Japanese-Americans were ordered to report for deportation to the camps in 1942. 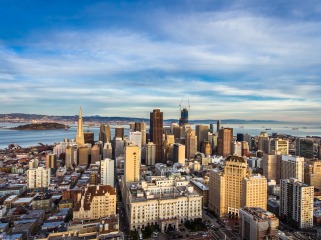 Oy. It’s easy and it’s hard. There are so many great places in SF but not all of them work for this kind of thing. We have a huge spreadsheet going and we’re going to ask our audience for some of their favorite places as well. We feel strongly that there should be a synergy between the place and the speech and that’s a matter of gut instinct.

5) Why haven’t you announced all of the speeches yet?

A lot of it is about getting permission for the right place on the right day, then finding the right performers – it’s a lot of logistics – so we’re taking it month by month. I like it, though, because this way we can stay flexible and respond to what’s happening in the world, the way we have with the Sir Thomas More speech. Nothing is too set in stone too far in advance, the way it is when you’re planning a full production. But with Free Shakespeare in the Parklet, I planned things just a few days ahead – that was a little crazy, so I’m hoping to find a happy medium!

6) How does the project relate to the SF Shakes mission?

Our mission is all about access, so it’s really important that every performance be free to the public and as accessible as possible to everyone. We are doing some indoors at museums, but only on the free days. We’re also all about the relevance of the words and themes of Shakespeare – we find that no matter what the news of the day is, Shakespeare wrote something about it. It’s uncanny. We’re reminded that human beings have been grappling with this stuff for centuries, and sometimes we’re able to be our better angels and sometimes we’re in hell and all the devils are here. We want to comment and make you think and make you consider history, but we also want to make you laugh and remember that we’re all human underneath. That’s what Shakespeare does so well. 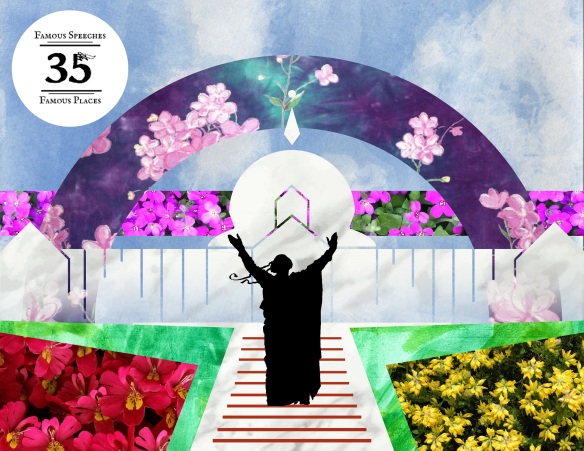